Status Contract is a historical company specialised in turnkey projects and bespoke furniture, created by the Arosio Family with the aim of providing complete solutions in the difficult world of the contract sector. 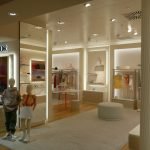 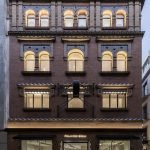 Boutique or meeting point?
News
Resort al Forte, a jewel in the heart of Versilia

Forte dei Marmi, known by the affectionate as ‘Il Forte’, is certainly the most renowned seaside resort in Versilia. A true jewel nestled in Tuscany, between the Tyrrhenian Sea and the Apuan Alps, softened by the shade of a thick pine forest that runs along the entire coastline. Elegant, with a nostalgic and proud beauty, Forte dei Marmi is welcoming – since the 19th century – families and VIPs looking for a relaxing holiday, but rich in style and glamour at the same time.

Right in the elegant town centre stands Resort al Forte, a 19th-century villa full of charm and history: it seems that one of Alessandro Manzoni‘s daughters even lived within its walls and in its splendid garden.

The building, recently purchased by a well-known entrepreneur, has undergone a complete restyling that, respecting its lines and historical heritage, has transformed it into an exclusive villa with six suites, a spa, a fitness gym, an elegant outdoor swimming pool and a splendid terrace connected to the Suite no. 1. 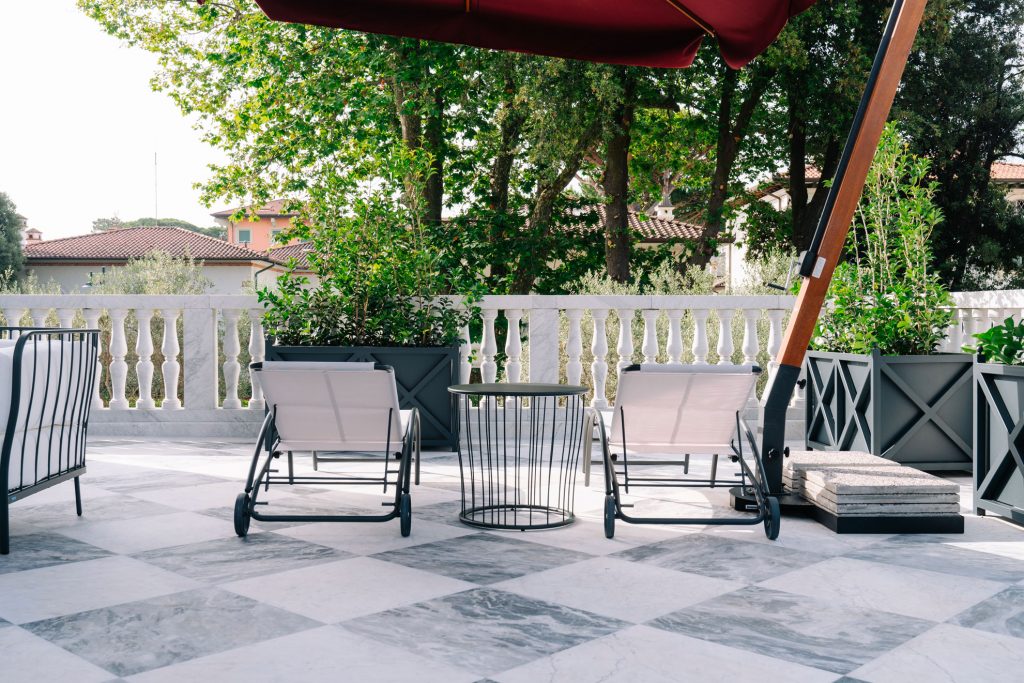 Among the craftsmen who worked on the transformation of this beautiful villa was Status Contract, which was able to put its professionalism and craftsmanship at the service of the project directed and realised by the well-known architect Biagio Forino, whom we met and interviewed for you. 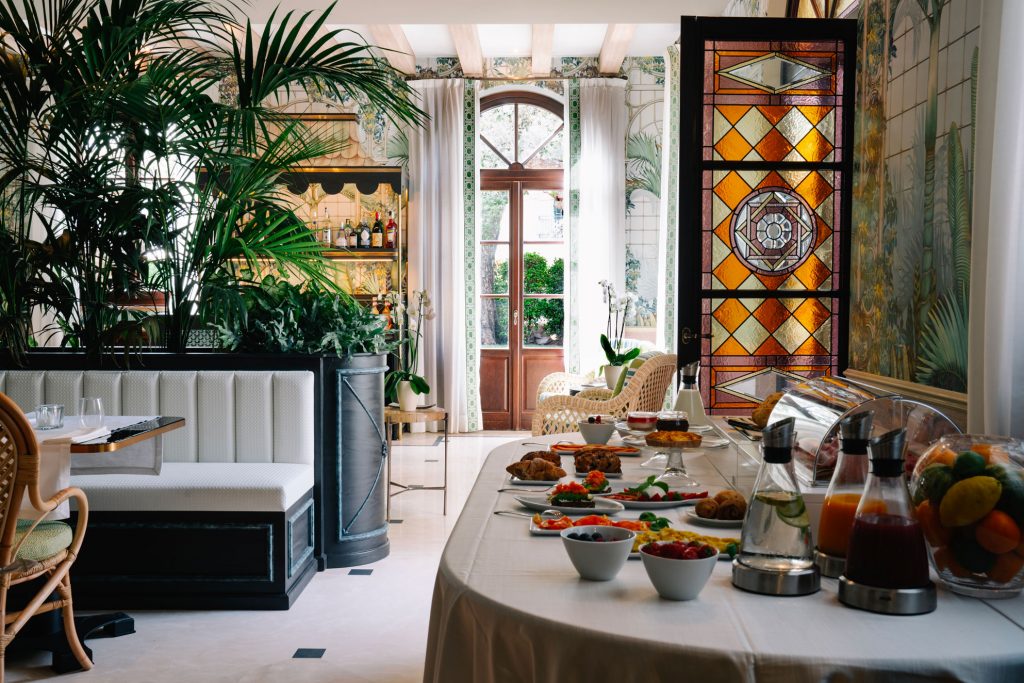 What was the aspect that attracted your attention most when you decided to accept the assignment to design the renovation of Resort al Forte?

The preponderant aspect that weighed most in the decision to accept this prestigious assignment was undoubtedly the fact that I could work on a classic structure such as this 19th-century villa and give it a fresh, sunny and at the same time very refined look.

Based on what values or inspirations were the materials you chose for the project?

I chose to use materials and colours that had a very ‘marine’ spirit such as raffia, linen or straw with prints of maritime subjects. As for the colours, I was obviously inspired by the sea and its environment, and as you can see, the shades of turquoise, coral, light blue, and blue run through all the rooms. With the exception of the lounge that houses the bar and the breakfast area, where I was inspired by the garden surrounding the villa, trying to recreate the atmosphere of an ‘orangery’. 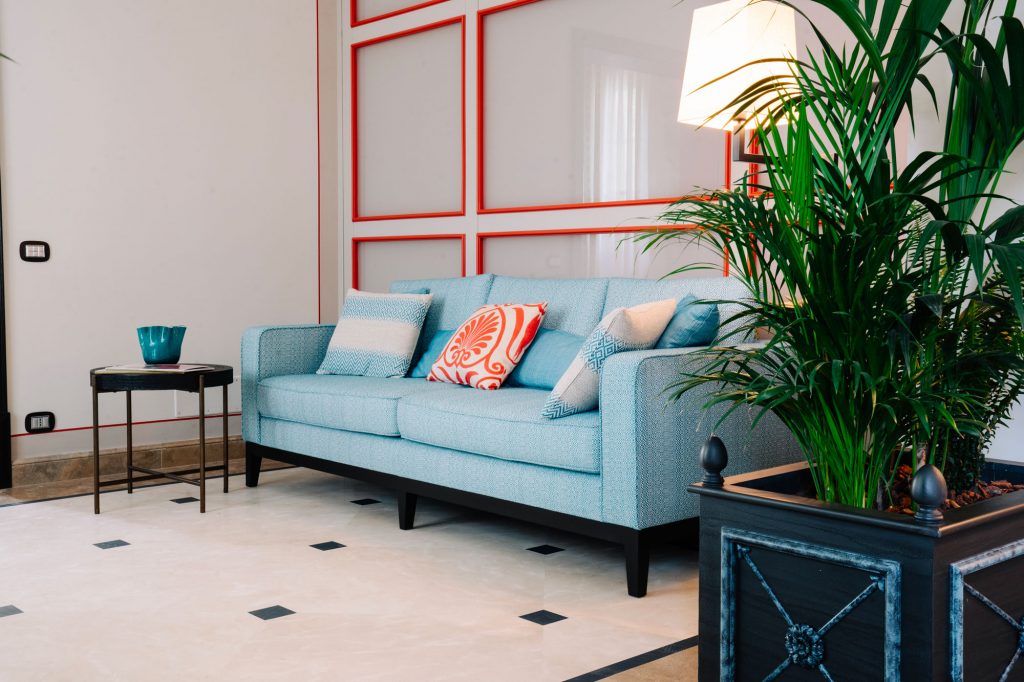 What are the skills of STATUS CONTRACT that you appreciated most?

First of all, being able to satisfy all my requests, 360 degrees, without ever backing down, then the willingness to experiment with new techniques and materials to obtain a result that satisfies not only me (and consequently my clients) but also their own desire for innovation, which makes Status a cutting-edge company.

What, in your opinion, are the traits that distinguish your work and make it unique?

I can honestly say that what characterises me is certainly a great attention to detail and an extreme care, almost maniacal I admit, for details.  I am also very dedicated to the continuous search for new and exclusive materials. This probably leads to recognising the uniqueness of my designs, which stand out from those, certainly also very beautiful, but more commercial ones. 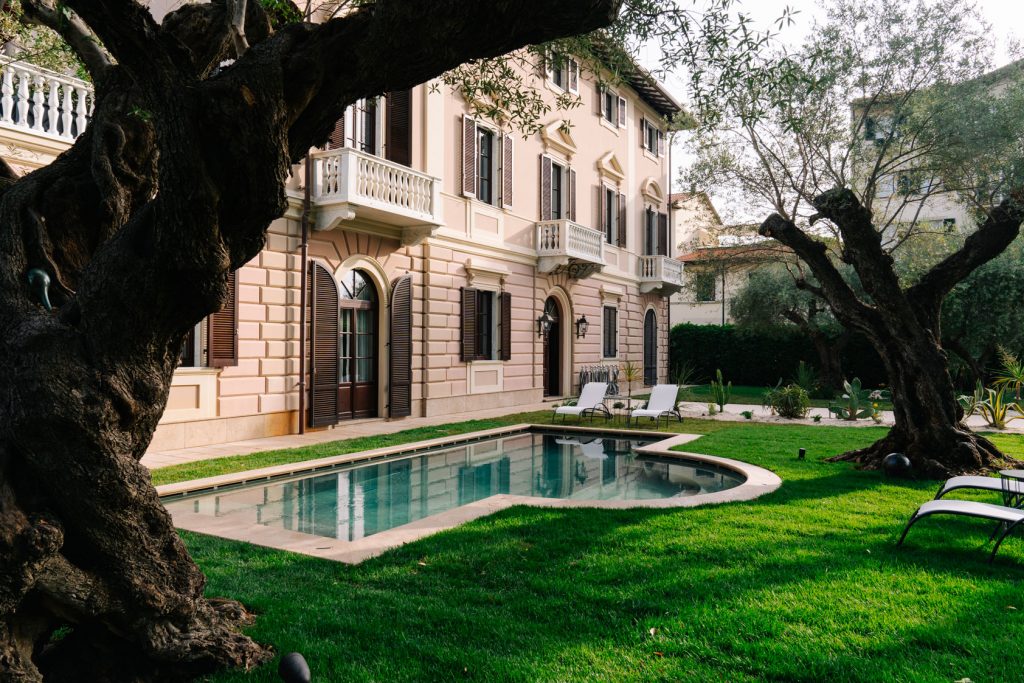 Can you tell us whether the end result of Resort al Forte lived up to your expectations?

I can definitely say I am satisfied: the end result absolutely reflects my expectations and obviously those of my customers!